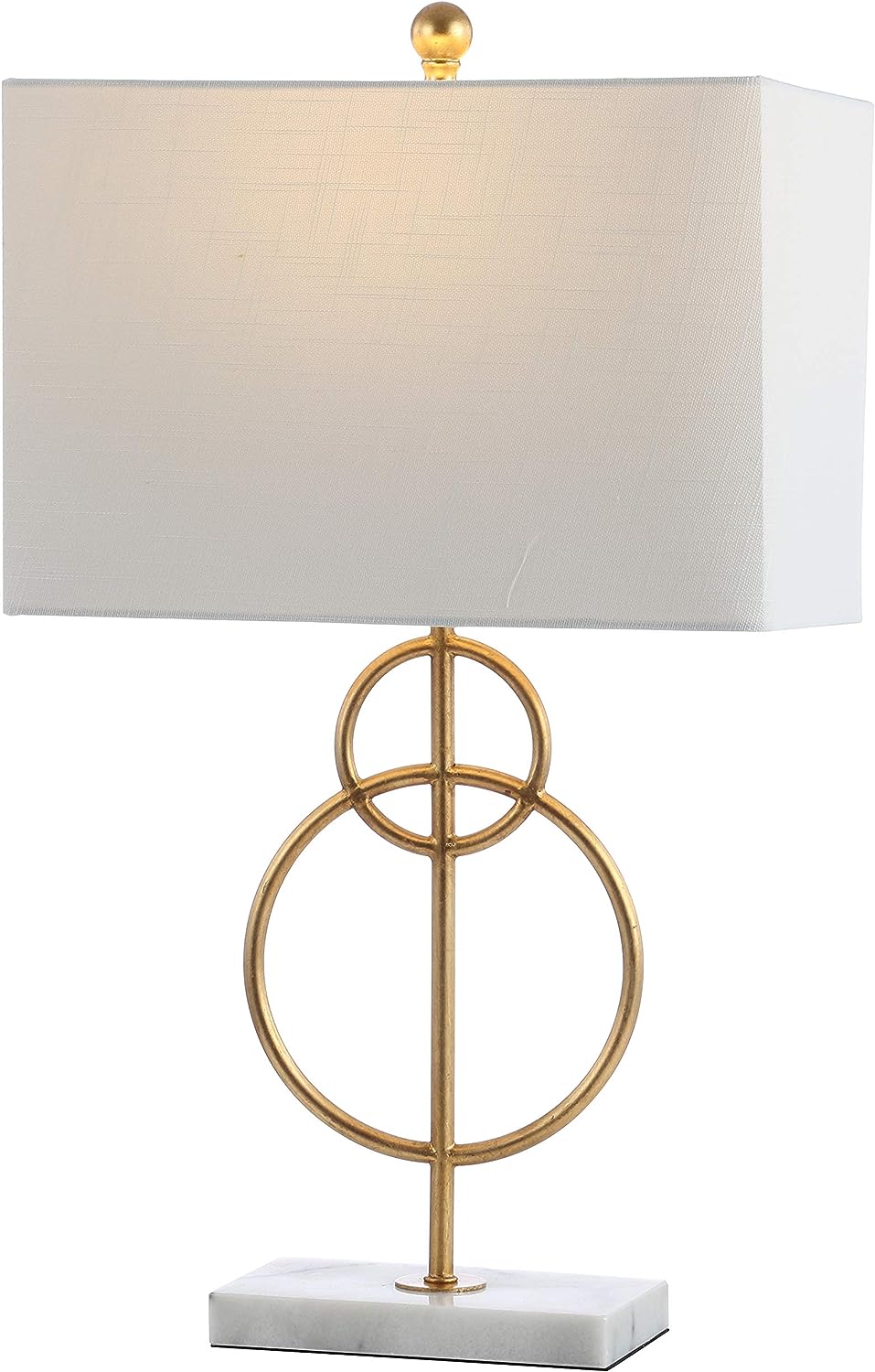 A modern classic, this stylish table lamp has an open circle design and a brass-gold finish, anchored into a marble base. The rich marble and gold combination suits traditional and modern interiors. Topped with a modern rectangle shade covered in natural linen.